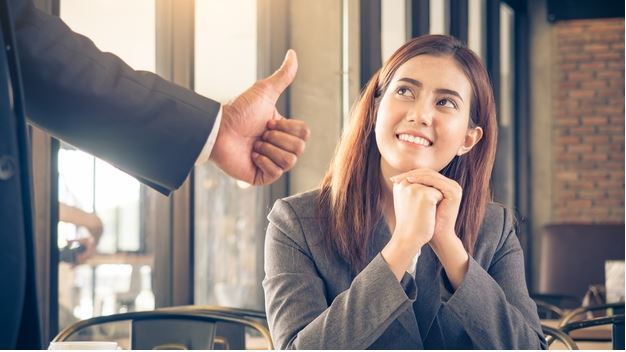 How often are staff members acknowledged for high levels of performance in your organization? The amount of recognition workers receive can be linked to employee turnover rates. According to Gallup, voluntary employee turnover in the United States costs organizations almost $1 trillion dollars per year. In addition, those figures have been increasing annually for the last few years. Another way to think about turnover is to estimate the costs per employee to be anywhere from half to two times their individual salary. Turnover costs can include the time it takes to fill the position (when no work is being done), recruiting, hiring, onboarding, and training. This expensive problem can be heavily influenced by how employees are treated in the workplace and interactions with management teams.

SurveyMonkey recently partnered with Bonusly to find out how American workers feel about recognition within their companies. They surveyed over 1,500 employees to get their honest opinions about how recognition affects their thoughts and actions within an organization. The results of employee recognition programs where overwhelmingly positive in many areas. Here are four ways employee recognition can decrease turnover!

Receiving public acknowledgment has an affect on how employees think about their career growth within a company. 68% of survey respondents think that public recognition has at least some impact on their ability to get a raise or promotion.* When employees are feeling positive about their current role, they usually more inclined to work harder, be engaged, and more productive. Engaged workers are also more enthusiastic about their organizations, which often generates a good reputation within the local community and better online reviews about the company.

Staff members are also more satisfied when they are recognized. 82% of participants consider recognition an important part of their happiness at work. Simply letting employees know that you see and appreciate the results they are getting, can go a long way when considering the overall morale in the workplace. Higher levels of confidence were observed when studying people who received recognition for their work. Feelings of happiness and confidence are usually found together in high achieving employees.

3. Employees are less likely to pursue other opportunities/jobs

Loyalty to the organization is also increased when employees garner recognition. 63% of people who are “always” or “usually” recognized at work consider themselves “very unlikely” to seek a new job in the next 3-6 months. In contrast, 43% of respondents in the unrecognized category indicated that they are “extremely likely” to seek work elsewhere. The mindset of employees is very important, because many of them are actively targeted for employment by competitors and other companies on a regular basis. Preserving your internal team over the long term, keeps turnover expenses low.

4. Helps to garner the respect of underrepresented groups

Recognition was also found to be associated with high levels of respect in employees. This is significant when examining the thoughts of women and other underrepresented groups in the workforce. 54% of women considered recognition “very important,” compared to 46% of men. This acknowledgment could come in the form of a verbal thank you in a group meeting, a more formal award, or a cash bonus. People have their own opinions on which type of recognition they prefer. However, as an organization making an effort to highlight an employee’s contribution shows that you respect them and influences their colleagues.

SurveyMonkey and Bonusly recently studied how employee recognition relates to turnover and retention of staff. Their research showed that public, positive acknowledgement encouraged employees to have a positive view on their career development and improves happiness at work. Recognition also can lead to more feelings of loyalty to your organization, making employees less likely to pursue other jobs. Finally, recognition seemed to correlate with increased levels of respect with women, which they also applied to other underrepresented groups. Does this information change your perspective on how your organization publicly recognizes employees?