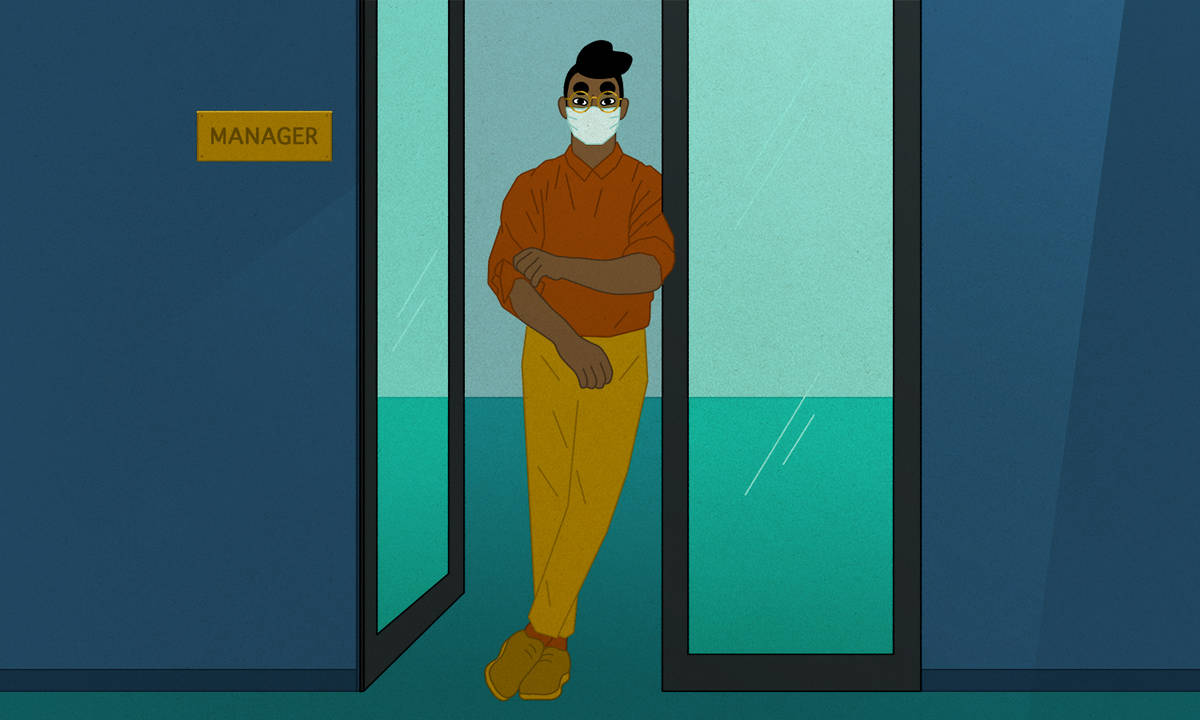 Leaders matter. But so do managers.

That’s the advice from Carter Cast, a clinical professor of entrepreneurship at the Kellogg School. “We talk about inspirational leadership and brave leadership, and I’m all for it,” he says. “But the power and strength of good management doesn’t always get enough attention.”

After all, strong managers coax high productivity out of their teams; they also free the executive team from much of the day-to-day operations so they can focus on more tactical issues.

“Within a company, leaders create a vision, and managers create goals and lead their group toward common objectives related to that vision,” Cast says. “You can make a strong case that the real pulse of a company is its management layer.”

So what does it take to become a strong manager? Cast offers five tips.

As the lynchpin and catalyst between the company’s senior leadership and its frontline workers, the manager must be able to communicate directions, expectations, and the company leadership’s position. Managers need to be clear about what they are asking people to do and why.

First and foremost, managers need to help their team members envision what success looks like for their group. Cast says, “If I were to ask a manager’s various team members to name 1) their department’s top two objectives for the quarter and 2) the metrics by which they are measuring those objectives’ success, would they all say the same thing to me? If the answers I’d get back are different, then that manager isn’t communicating their priorities clearly.

“You need to know that your team members are all aligned on what’s critical to accomplish for the good of the team,” Cast says.

As for communicating with individual team members, Cast sees this as an essential part of coaching and development and suggests organizing each one-on-one meeting into three parts: performance indicators, progress on initiatives, and people.

So, in an hour-long meeting, the first 20 minutes might include a review of the performance dashboard agreed upon at the beginning of the quarter or year. The second 20 minutes would be a conversation about progress on key initiatives, focusing on resource needs and any barriers the manager may need to help lower in order to complete the initiative on time. The final 20 minutes would then be dedicated to personnel moves, opportunities, and issues, including the team member’s own career development.

Cast suggests that managers ask direct reports to come prepared to each meeting with a one-page summary of updates from these discussion topics. “I always write all over that piece of paper in the meetings as we talk,” he says. “Then, I later I pull those sheets out when I am working on performance reviews. They are a good way to remind myself of what was accomplished over the course of the year. I’m able to see things that they did really well, as well as things they weren’t able to accomplish.”

Take Ownership of the Process

As the people responsible for goal setting within the organization, managers should always be thinking about how they will measure success—and how they will hold their teams accountable for those metrics and timelines. This requires collaboration between the manager and the team members on identifying the best route to those goals.

“Average managers think their job is to stay in their lane and facilitate the execution of initiatives. Great managers do that, but they also scratch their heads and say, ‘Is there a better way to do this? I’m going to look into that,’” Cast says.

For a manager, simply stating that sales goal isn’t going to help you or your team reach it. Holding people accountable starts with outlining all the steps you will take to get there, including clearly defining both the critical “leading” and “lagging” measures of that goal. Cast notes that while both types of measures are important, leading measures tend to be more actionable.

“If a team’s goal is $50 million in sales, a lagging measure of that goal might be the number of new customers you acquired that quarter,” Cast says. “A leading measure would be anything that impacts that customer acquisition, for instance, the number of software demos that each sales person executes. Then the whole team can be accountable by, say, working to run five demos per salesperson per week.”

Get Involved and Add Value

Of course, strong managers are not simply process facilitators. Most have technical expertise within the area their team is operating. So to get the most out of their teams, they have to know when to get directly involved. This might mean stepping in at a time when the team is struggling, or taking the lead on an important initiative related to their personal area of expertise.

“Great managers roll up their sleeves and work alongside the team when necessary,” Cast says. “The more you understand your team’s work, the better you’ll be at analyzing and improving it. And the best way to understand it is by diving in and doing it.”

When he was the president of a division of Walmart, Cast arrived early to a national meeting of store managers. Employees were busy setting up displays in a full-scale store that was being assembled inside the Kansas City convention center. When he walked through the simulated Walmart store, he noticed that the merchandising team had fallen behind in assembling a set of display racks for new products.

“The more you understand your team’s work, the better you’ll be at analyzing and improving it. And the best way to understand it is by diving in and doing it.”

“I looked over and there was the CEO on his back with a hammer, helping the team construct a rack,” Cast says. “He realized that this was an important meeting and that without the racks, the whole presentation would fall flat. He knew when to jump in and help them get ready. It also signaled that he wasn’t above the work.”

Cast acknowledges that diving in can backfire, and that teams can find it demotivating if their manager is constantly swooping down to “help.” But there are times when it is wise for bosses to flex their own expertise to improve results. It can also help managers build credibility and trust within their teams—and demonstrate that the manager has their backs.

“I have a background in marketing, so as a senior-level manager, I was able to dive in when my team was working on, say, an advertising plan, and offer my opinion when it was required. I could do that because I had done so much advertising development and media planning and buying when I was younger,” Cast says.

Managers need to juggle both performance management and personal development for their team members. These two tasks can come into friction when more immediate expectations of on-the-job performance conflict with employees’ longer-term professional-development goals.

“Think of yourself as a coach who’s there to unlock the potential of the person,” Cast says. “You work with the talents and gifts of each person so they can do more of what they do well.”

Cast recalls a former employee whose intelligence and technical expertise led him to believe that he was ready for a promotion. He understood the technology and the industry and was making steady progress on one of the company’s key initiatives. But there was a catch.

“In talking to his peers, I heard very consistently that he was not a good business partner—he didn’t have good listening skills, talked over people, was in it for himself,” Cast says. “I had to warn him that his path to promotion was at risk—that he wasn’t going to get a promotion so long as his peers didn’t want to work with him. And boy, he didn’t take it well. It was heartburn for both of us.”

He and Cast had a series of conversations where Cast offered example after example of the “poor partner” issue and discussed how the employee might recalibrate and bring others along. “Eventually, he got it,” Cast says. “But it took several very hard, very direct conversations.”

More than a decade later, this employee, now a senior VP at a Fortune 50 technology firm, called Cast to tell him that their conversations had been crucial to his career development.

“I couldn’t believe it,” Cast says. “Thinking back, those conversations were so uncomfortable for both of us. But I think he realized later that I wouldn’t have gone through the discomfort if I didn’t care about his development. He wasn’t a lost cause. He was just missing an ingredient—the ability to enlist the support of others effectively—and he had to go find it.”

Over his career, Cast has found that the most adept managers take recruiting and interviewing talent quite seriously, looking for potential hires who can both perform the task and enhance the team dynamic.

“Great managers know that ultimately their job is based on how well their direct reports perform, so their ability to build a talented team is paramount,” Cast says.

Yet surprisingly, this is an area where many managers fall short. A 2019 Gallup survey found that 82 percent of hires have a skills mismatch for the job they take.

How can Managers hire better?

“One thing I recommend is to create a scorecard of the deliverables you’re looking for in the job,” Cast says. “So when various people inside your company are interviewing a candidate of yours, they are very clear on the 4–5 key outcomes you, the hiring manager, are looking for.”

Those key deliverables might include outcomes such as business growth, margin expansion, improving operational efficiency, or hiring a championship team. Next to each outcome should be a list of several key performance indicators, the metrics that show what success looks like. The hiring manager can use this scorecard to craft interview questions around those important outcomes.

In addition to these outcomes, the scorecard should include a section listing the key behavioral competencies and personality characteristics the hiring manager is looking for in the position. If, for example, the person in the job needs to be persistent because they are going to be navigating in a matrixed organization, or if they are in a highly contentious job and need to be resilient and open to criticism, it is helpful for the people interviewing the candidate to know and probe for that in the interview.

“When you do the work up front to be crystal clear on what outcomes you’re looking for in the new role, your interviews will be much more focused and you’ll come away with a better fit in the selection process.”

This post is written by Fred Schmalz, business and art editor of Kellogg Insight.