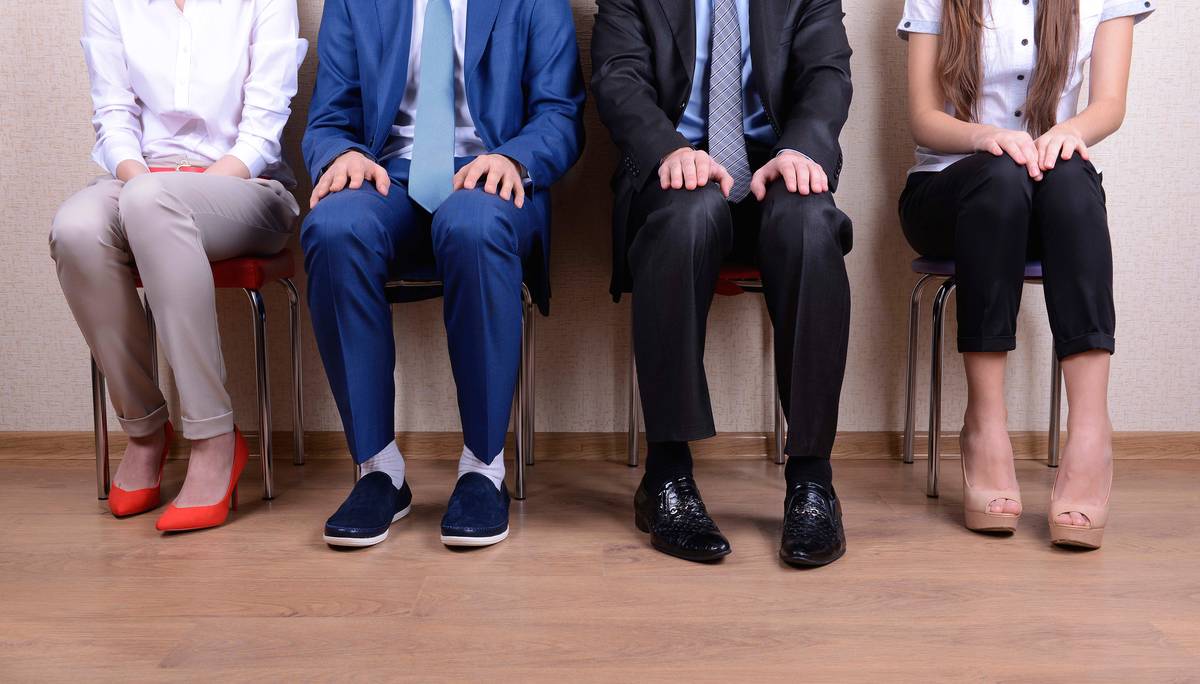 So much depends upon nailing a job: salary, commute, colleagues, self-image, perhaps the arc of an entire career. This is what first attracted Lauren Rivera, an assistant professor of management and organizations at the Kellogg School, to the study of hiring practices. Hiring is “one of those critical gate-keeping moments whereby the judgments we make about people have enduring effects,” says Rivera. She wanted to understand how people size each other up during social interactions, and how such judgments contribute to labor markets and social inequalities.

So Rivera set out to study a critical component of the hiring process: the job interview. Over the course of two years, she conducted 120 interviews with hiring professionals at elite firms, 40 each from the fields of banking, consulting, and Big Law. Rivera asked the hiring professionals specific questions about what they were looking for from an interviewee and probed their thoughts on candidates they had recently interviewed. In addition, she asked them to provide verbal commentary on a set of mock candidates who varied along a number of factors such as gender, grade point average, and extracurricular activities.

These interviews provided Rivera with a broad sense of interview practices at elite firms. But she also wanted the inside scoop, so she gained access to the inner workings of a large professional service organization. She essentially made the firm—whose identity cannot be revealed for privacy reasons—an appealing offer: in exchange for her services as a recruitment-event planner, she would be privy to all aspects of the recruitment process, including hiring-committee meetings where job applicants’ fates were ultimately sealed. (There was one exception: she was not permitted to sit in on the actual interviews, as concern was expressed that candidates might find her presence “creepy”). For nine months, this is exactly what Rivera did.

So what did she find? After carefully transcribing and analyzing her interviews and field notes from observations in the firm, Rivera determined that, by the time a candidate had made it through the relevant resume screenings and landed an interview, her evaluation was not necessarily based on “maximizing skill—finding the person who was absolutely best at the soft or the hard dimensions of the job,” as Rivera puts it. Rather, the most common mechanism by which a candidate was evaluated was her similarity to her interviewer.

Rivera attributes this similarity effect to three factors. First, and by far the most common, is the question of fit. She discovered that firms within professional service occupations have different personalities. For example, some are “country-club” and others “scrappy.” The extent to which a candidate can convince an interviewer that he is also “country-club” or “scrappy” will affect his prospects. But even beyond fitting in with the firm, candidates must appeal to individual interviewers. They must pass what one hiring professional described as the Stranded In the Airport Test: “Would I want to be stuck in an airport in a snowstorm with them? And if I’m on a business trip for two days and I have to have dinner with them, is this the kind of person I enjoy hanging with?”

Interviewers get excited about candidates who share their own passions, and are therefore likelier to serve as their champion in the final hiring-committee deliberations.

Another factor at play is what Rivera has termed Looking Glass Merit, or the idea that people unconsciously define merit in a self-validating way. “Because these firms leave a lot of discretion to evaluators—‘I want you to pick somebody that’s driven!’—but they don’t tell you what drive looks like, people end up defining it in their own image,” says Rivera. She explains that interviewers who themselves majored in physics, for instance, might claim to favor physics majors due to their analytical training. And this process, unlike the others, seems to be fairly unconscious. “I don’t think a lot of people knew the degree to which their own biographies were shaping their definitions of merit.”

Finally comes excitement. Interviewers get excited about candidates who share their own passions, and are therefore likelier to serve as their champion in the final hiring-committee deliberations. Rivera writes of one hiring professional, “Scanning the resume, his face lit up as he saw Sarah’s extracurricular pursuits. ‘She plays squash. Anyone who plays squash I love,” he said smiling, and immediately ranked her first.”

What Is at Stake?

Of course, elite firms select future employees from elite applicant pools, pools in which it is the norm to have attended a selective institution, received decent grades, and engaged in extracurricular activities. Given that candidate pools are so elite, Rivera is commonly asked, does it really matter who is or is not hired? Firms must adopt some criteria, after all, and similarity is easy; is it really so bad?

But Rivera argues that yes, it can matter. Even in elite hiring pools, there is still important variation in qualities that are directly related to the job, such as prior work experience and coursework. Grades in particular have been shown to be a decent predictor of job performance, though employers often discount them. In addition, instead of relying on interviewers’ snap judgments to ascertain critical interpersonal skills, such as the ability to interact with teammates or clients successfully, interviewers could more systematically assess these qualities through role plays or group interviews.

But even more than potentially missing out on high performers who are simply different from the average interviewer, firms are giving up diversity of thought. “Being likeable is important; you have to interact with clients, you have to get people on board on your team,” says Rivera. “But there are other ways people can a) be likeable and b) be socially skilled other than being a mirror image, and I think that is what people are losing out on. We know from a lot of research that there are benefits to having diversity.” Diversity—be it demographic diversity or diversity in background knowledge—has benefits: it helps groups make better decisions, increases group motivation, enhances creativity, and can be a strong draw for clients.

But given today’s hiring realities, how can candidates convince an interviewer that they’re a good fit? Don’t lie, says Rivera. But do some research on your interviewer, if you happen to have her name, just to see what interests you might share. And if you do not have this option, and you find yourself in the middle of an interview, just be observant. Look around the office. Is that a soccer trophy? A silly electronic toy? A family photo? “It’s about finding common ground in a way that is not inauthentic to you.”