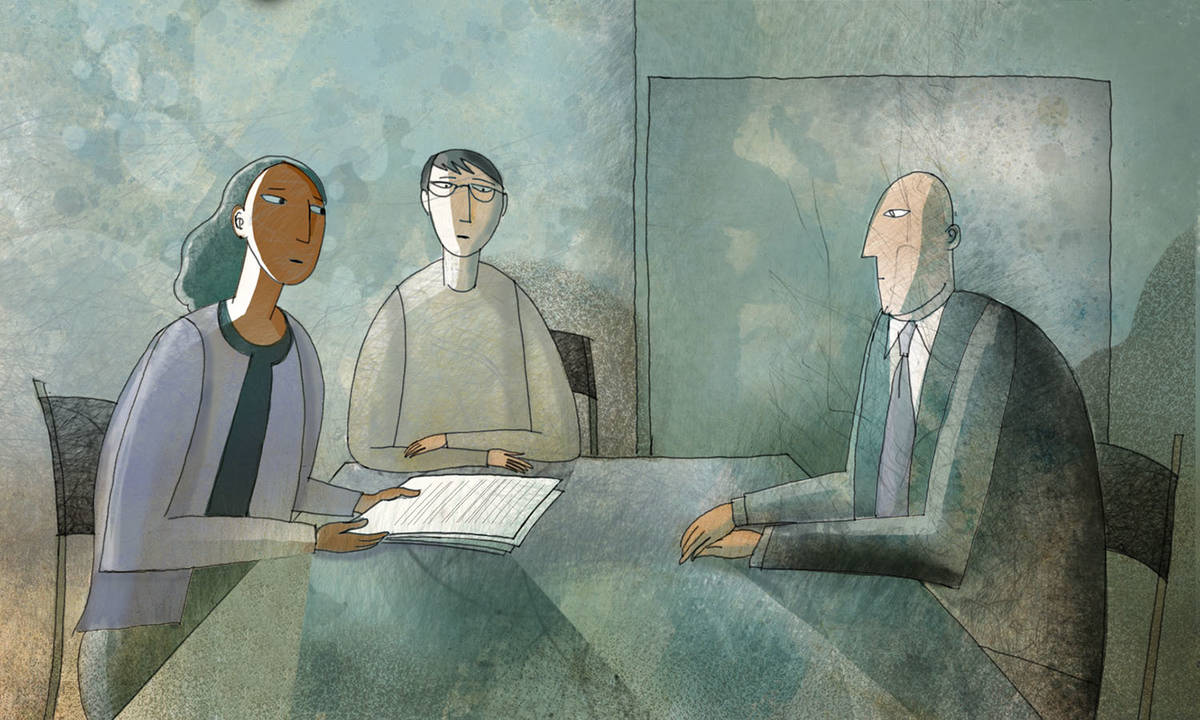 Layoffs suck—for the person who is being laid off, but also for the person delivering the bad news. The decision to lay off employees can be even more difficult for leaders who have established a trusting relationship with their employees—raising the uncomfortable question of whether building trust with employees is actually a liability during challenging times.

In our work with companies, however, we have found the opposite to be true: that trust is an asset even when delivering the bad news to employees. We have seen that when leaders have invested in building a trusted relationship with their employees, the loyalty engendered makes it easier for employees to accept tough workforce decisions.

Why is this the case? And how can you as leaders make sure that, even when you have to lay off valued team members, you do so in a way that preserves as much trust as possible—both with the employees who will be leaving and with the rest of the team?

The key is to keep in mind decades of research demonstrating that genuine trust is built on three cornerstones: benevolence, or a genuine concern for the fair treatment and well-being of others; honesty, or a commitment to telling the truth and keeping promises; and competence, or knowledge of what skills are required to do the job and the ability to meet or exceed expectations for those skills.

Benevolence in a Crisis

Many managers understand very well that benevolence is an important foundation for trust. But some mistakenly believe that delivering bad news automatically undermines that benevolence. The truth is, you can minimize backlash if you show that you have come to the decision after a genuine and fair-minded consideration of its impact. Which is where the other two cornerstones of trust—honesty and competence—come in. If you have developed a reputation for trustworthiness, employees are more likely to understand that you honestly have no other choice and are making these difficult decisions in order to competently keep the company afloat.

Airbnb, for example, sent a widely praised memo to employees in which CEO and cofounder Brian Chesky announced layoffs of roughly 25 percent of its workforce. The announcement played well—despite delivering bad news—because it transparently described company challenges and relevant solutions, which reinforced perceptions of honesty and competence, and therefore trust.

The Benefits of Expressing Concern

So how can you maintain benevolence while delivering bad news? A good first step is to express genuine personal concern for how bad the news is. In the Airbnb announcement, Chesky wrote, “For a company like us, whose mission is centered around belonging, this is incredibly difficult to confront, and it will be even harder for those who have to leave Airbnb.”

If you have developed a reputation for trustworthiness, employees are more likely to understand that you honestly have no other choice and are making these difficult decisions in order to competently keep the company afloat.

Expressions like these are much more convincingly communicated when accompanied by actions. One clear sign of fair-mindedness and concern is a willingness to mitigate the pain, rather than just making others bear the brunt of such actions. Chesky did this by offering a package that was lauded as generous—including giving laid-off U.S.-based employees 14 weeks of base pay, plus an additional week for every year at the company.

Of course, even big-hearted actions won’t entirely alleviate the pain—layoffs still suck. Good leaders must be honest about this, including with themselves. Uber’s CEO, Dara Khosrowshahi, was careful to recognize this in a recent memo that announced further layoffs at the ride-sharing company. “I’ll acknowledge right here that any package we offer, regardless of how thoughtful or generous, will never replace the opportunity to belong, to make a difference, to establish the kinds of bonds you establish with any important company or cause,” he wrote. Similarly, when announcing layoffs at the Atlantic, chairman David Bradley said he hesitated to call the announced severance packages “generous” because “in the economic climate of the moment … I don’t know what would be generous enough.”

If a leader has built a reputation for trustworthiness, their decision to lay off employees is more likely to be viewed as a last-resort decision to keep his or her company alive. By making this intention clear, the leader can demonstrate genuine care for those who were laid off, as well as for those who remain.

These acknowledgements are often reciprocated. One senior leader who has built trust with their team recently received a surprisingly supportive response from an employee they had to lay off. “Well, I’m not happy about this decision. But I know you didn’t come to it lightly, and I know you’re only doing what’s best for the company.”

When employees know that leaders can be trusted, they will be more likely to accept the necessity of layoffs and furloughs. When the business conditions improve, valued employees will likely be eager to return, in part because of the trust that has been established with the team.