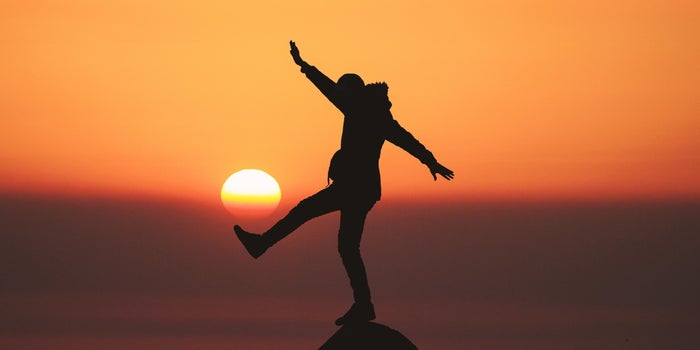 If you want to be a leader that other people follow with absolute conviction, you must first be a pleasant leader. Tyrants and curmudgeons may lead a group of people for a time, but eventually they tire, usually before they stand out.

Many times I ask people how they have been the best and the worst leaders with whom they have collaborated. They inevitably ignore innate characteristics, such as intelligence, attractiveness, and work ability, and focus on qualities that are completely in the leader’s control, such as closeness, humility, and positivity.

These words, and others like them, describe leaders who have good emotional intelligence. Data from the TalentSmart agency shows that leaders with these characteristics are not only more popular, they tend to deliver better results.

Here are 10 key behaviors that high EI leaders can do to be more likable.

1. They form connections: Popular leaders are able to have one-on-one conversations even in crowded rooms. This is because they give their full attention to their interlocutors and can communicate on a very personal and emotional level . They never forget that the individuals standing in front of them are beings of flesh and blood.

2. They are accessible: Do you know someone who only has time for you when you do them a favor? Likeable leaders believe that all individuals, regardless of rank or ability, deserve the minutes they spend on them. They make everyone feel valuable because they truly believe they are.

3. They are humble: Few things are less pleasant than arrogance. Popular leaders don’t act like they’re better than others because they just don’t think they are. They see their position of power as a way of serving others rather than a source of prestige.

4. They are positive: personable leaders keep a positive outlook on life and it shows in the way they see things. For example, these people do not have to make a presentation to company managers, they see it as an opportunity to communicate their team’s vision with company decision makers. These leaders exude hope and confidence for the future, even in the most adverse circumstances.

5. They are good at success and failure: good leaders do not go through life “singing” their personal achievements, but they do not hide them either. They savor success without letting it go to their heads, and they are able to face failure without letting it blind them. They learn from both situations and move on with their lives.

6. They are generous: We have all worked with people who constantly reserve things, be it knowledge or resources. They act like they’re afraid their teams are going to outshine themselves. Popular leaders are extremely shared because they want their subordinates to do their best because they know that will make them stand out. In fact, they believe that your success is their success.

7. They are of integrity: These people inspire confidence and admiration through their actions, not just their words. Many leaders claim that integrity is important to them, but good leaders put their actions where their name is bet. Don’t forget: words convince, but testimony drags .

8. Can read people: Leaders of this type know how to pick up on non-verbal communication from people. They notice facial expressions, body language and tones of voice to detect what is happening with their team members. In other words, they are incredibly perceptive.

9. They appreciate the potential: Robert Brault says: “The true charisma It arises not when you are nice to other people, but when you make them like themselves when you are around ”. Popular leaders don’t just see the best in other individuals, they make sure other people see it too. They bring out the talents of others and make them shine.

10. They have substance: Author Daniel Quinn asserts that “charisma only works when you capture the attention of others and have something substantial to say to them.” Good leaders understand that their experience and knowledge is critical to the success of the people who follow them. That’s why they regularly connect with people to share everything they have (as opposed to those bosses who only offer small talk). Popular leaders do not pretend to be something they are not. They don’t need it because they have substance and they share it with everyone.

Being nice is not something you are born with, it is the result of acquired skills that are crucial to professional success. Try these strategies and become the leader you always wanted to be.